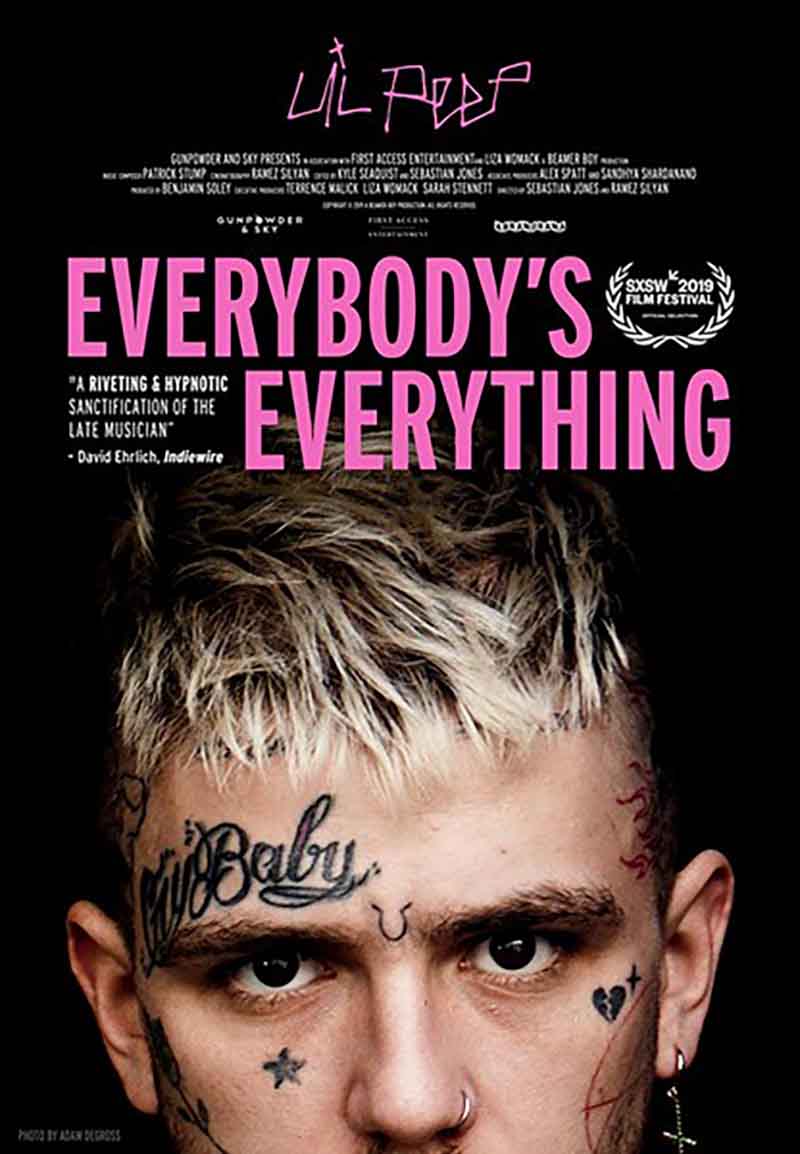 Creating a unique mix of punk, emo, and trap, Li'l Peep was set to bring a new musical genre to the mainstream when he died of a drug overdose at just 21 years old. From the streets of Los Angeles to studios in London and sold out tours in Russia, the artist born Gustav Ahr touched countless lives through his words, his sound, and his very being. With Terrence Malick serving as executive producer, "Everybody's Everything" is an intimate, humanistic portrait that seeks to understand an artist who attempted to be all things to all people